After this I promise to move this blog on to another subject...no really. It's possible the holidays will give me something else to post about besides which fruit or vegetable met an untimely demise in my food processor.
But until then...
I have one more recipe to review: it's the big kahuna of puree recipes. The most unbelieveable of them all, at least in Deceptively Delicious. It's the one where people say "ewwww" and "no wayyyy" when you tell them what's in it. If I hadn't seen Jessica Seinfeld on Oprah talking about how convincing this recipe is, I'd have never tried it.
"It" is a recipe for Brownies. With spinach. And carrots.
And it rocks.
I have a palate that can detect the tiniest smidgeon of vegetables or any other "grow food" in any recipe, so I was skeptical from the git-go. But I could not taste either carrots OR spinach. And I closed my eyes and concentrated. And the only thing my taste buds met was chocolate. And lots of it. The recipe itself calls for baking chocolate as well as cocoa...probably to beat down that veggie taste as thoroughly as possible.
But the real test came when I cut "rownies" for the boys. 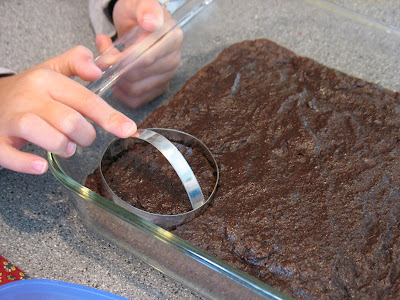 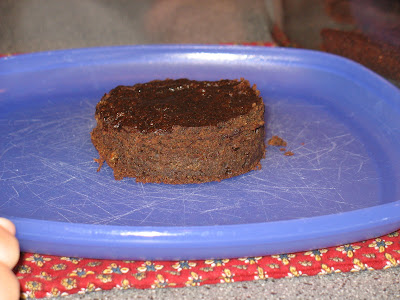 (Lettuce and tomato, anyone?) 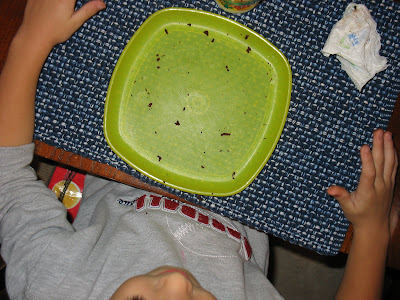 I rest my case. And they asked for seconds.

You can check out the recipe in its entirety at Oprah's site. I guess Ms. Seinfeld thought it was too good to make us all pay for it.
To wrap up the pureeing chapter of this blog, a thought did occur to me: if they're lucky the boys might get a scant tablespoon of each vegetable I add, since most recipes only call for a half- to one cup of puree. But in the past two days, I've completely disguised three different purees in foods they love (and I did it in front of them).
Maybe one day they'll eat those foods in their recognizable form, but until then every little bit counts.
Posted by Christine at 10/27/2008 08:17:00 PM

I really need to start doing this, especially since one of my boys won't eat vegetables. Isn't it a good feeling to know that the brownies are kind of healthy?

I've always heard that they should eat one teaspoon of vegetables for every year of age they are and that's a serving size for them. And there are 3 teaspoons in a tablespoon. (and this only applies to children, not us)
jw

If you want to know more here it is
home business ideas
www.home-businessreviews.com