Mickey had his first soccer game last weekend. Yes, it's Thursday and I'm just getting around to alerting you of this news. I hope you made it through the week okay.

Nonetheless, it is new territory for me: Mickey's playing an organized team sport and I know absolutely nothing about it. Basketball, baseball, even football, I believe I could come up with one or two valuable pearls for him to take with him on the field.

I know there's a ball. And the players chase it and try to score. Like basketball. And football. And they chase a ball in baseball, too, come to think of it.

Maybe it's not that foreign after all.

All I know is just before his first game, I struggled to come up with any pregame advice for him, since I had no idea what he's actually supposed to do. So I just said "...run fast. And listen to your coach."

Hafta' keep that one in my hip pocket for future foreign sports. 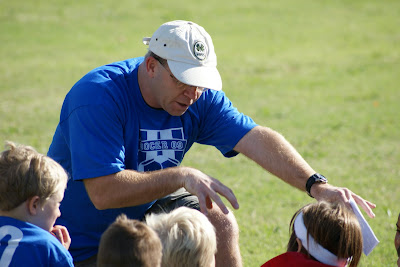 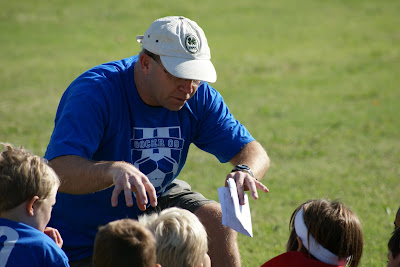 ...or, could be he's sneaking in a keyboarding lesson. 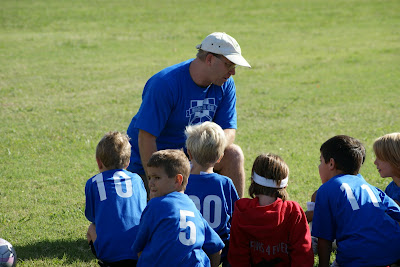 Whatever he told them, it was riveting to most players. 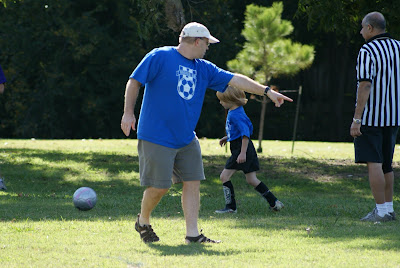 Somebody had different ideas... 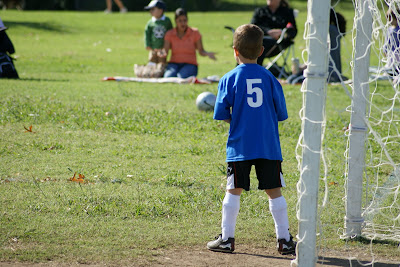 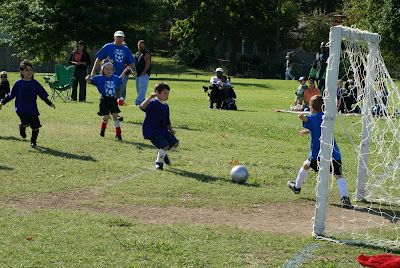 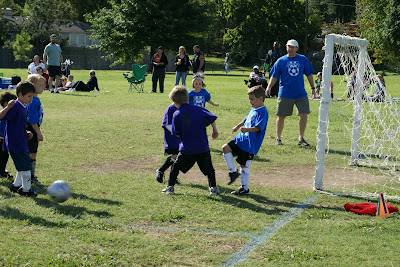 Not in my house! 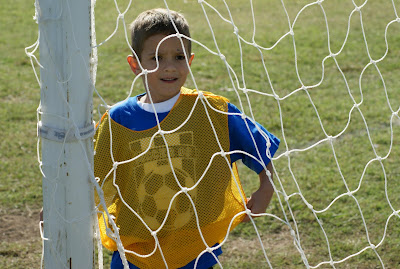 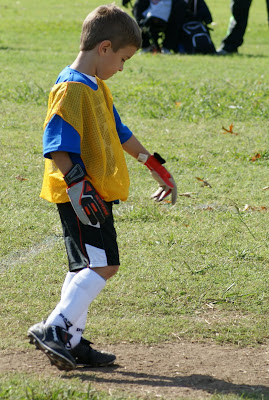 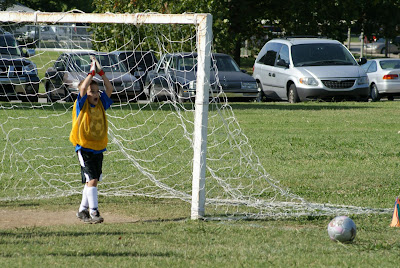 your pictures are looking so good!

Why is he the goalie? I know he has to be the fastest one on the team. He should be scoring. When is your next practice I need to come tell Coach Chad a thing or two. On second thought....I know nothing about soccer either.
JS

Rachel played soccer for 3-4 years and I never did understand all the rules. Probably cause I was freeeezing most of the time. Those outdoor sports! Like Brittany said, good pictures.
jw

JS is asking why is he the goalie? I'll tell you exactly why. Because he probably pays attention. Brings back memories of Waco playing soccer, as goalie, with the "Blue Blasters." And Waco played catcher in baseball. I think cause he was good about the attention thing. And try saying Blue Blasters over and over. CUTE photos. RW

Mom, you would say something about scoring Mrs. I shot the ball everytime I touched it in high school!
C. Sikes