Merely a ghost of a tree

Last week we invited Mr. Tree Trimmer (a.k.a. Spider Man Acrobat Person) to eliminate a giant eyesore behind our house. I don't have a pic of the offending tree; it was nowhere near picture worthy. With the ice storms and spring storms of recent years, this poor behemoth had gotten so battered that a good spring storm could have sent it crashing onto our house. Or onto three neighbors' fences. Or onto power lines.

We have a very interesting configuration of a backyard.

Oh, and the tree was also home to thousands of some tree-crippling beetle.

So the thing needed to be put out of our misery.

When the tree people showed up, it was pull-up-a-chair time for Mickey. And big jobs require big glasses, apparently. 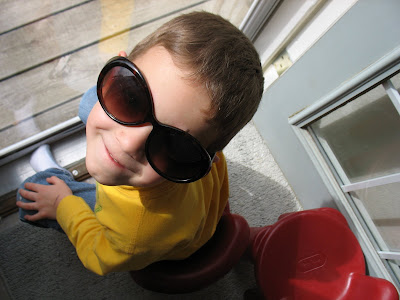 (That's Alex's chair beside him. Apparently he was busy hiding Legos or something else more important at the time.)
Mr. Spider Man Acrobat Person swung amongst the dwindling branches for six hours. Admittedly the tree was difficult for them and their bucket truck to access, but their dollar estimate for accomplishing the task was still far below anyone else who quoted us the job. 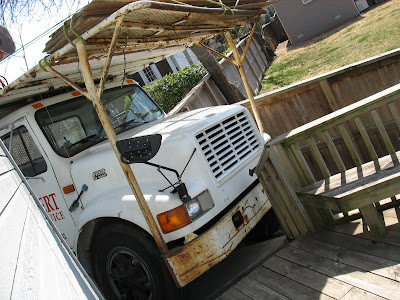 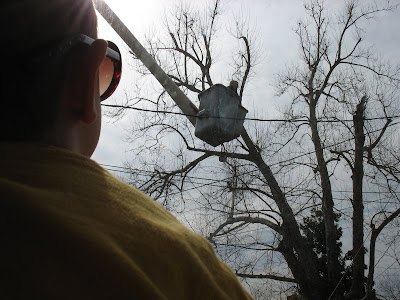 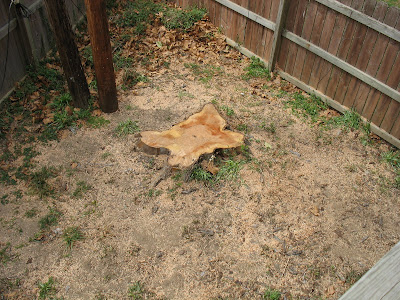 Personally, I think they realized they didn't quote us enough and got rather peeved. 'Cause they Blair Witched us on their way out. 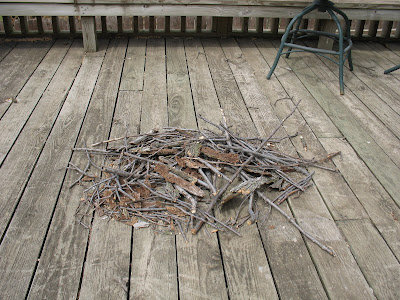 Ok, so I had to google the Blair Witch Project in order to understand the last picture and now that I do....oooo creepy!

I can't imagine your backyard without that tree looming over it. Are you used to it yet?