You know, sometimes I wonder if anyone cares What We Did On Our Summer Vacation, but I promised a recap so I will try to make this as painless as possible for those of you who have better things to do:


The Agenda: Ride the Heartland Flyer from Oklahoma City to Fort Worth, Texas. Rent a car and drive to Pete's very sweet cousin's home just a few minutes from the station, and stay there for three nights. Go to Six Flags and a Texas Rangers vs. New York Yankees baseball game. Swim at my sister's house in Fort Worth while Pete golfs with business associates (whatever!).

The Train: None of us had ever ridden an Amtrak train. Ever. To say we didn't know what to expect...well, understatement of the year. For example, we took seven pieces of luggage. Monumental mistake, unless you also pack small UHaul. Seems the passenger is responsible for loading and unloading, not luggage handlers. And by "passenger" I mean Pete. He was not a happy man by the time he sat down in his seat.
But then the seats...oh, the seats were heavenly. Maybe they made up for the manual labor as we boarded. Can you imagine having this much legroom on an airplane? 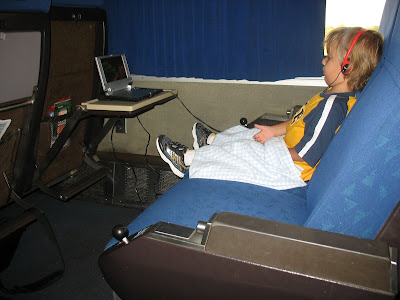 I had packed a bazillion snacks and activities for the boys and they were happy most of the time. Then about two hours into our four-hour trip, Conducter Man informs us there will be a two hour delay. For freight train traffic.
That's when the wonderful seats weren't so wonderful anymore.
But we endured; the boys endured. And we had cell phone service so we notified Pete's cousin and I sent text messages to the family so they could have a laugh. It was all fine when we got to the station only six hours after shoving off. Then we had to contend with the luggage once again and wait in the train station while Pete took a cab a few blocks away for a rental car. Longest 30 minutes of my life. 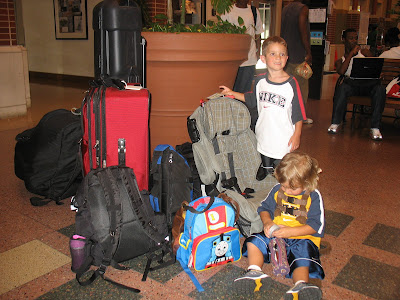 So yes, we took the train. Yes, the boys got a big charge out of it. 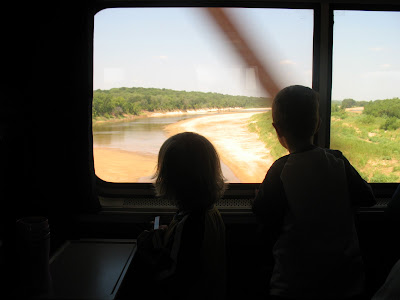 (And yes, we forfeited our return tickets, rented another car, and drove home.)
Six Flags: A blast! HOT! Record setting temp that day for Arlington. I felt a little nuts for going but oh, my...Mickey was LOVING the rides. Alex, not so much. At one point I spent 20 minutes in an air conditioned gift shop while he rearranged necklaces on a rack. Maybe that attraction should be listed in their next brochure. Oh, he liked a couple of rides, but then there were these moments: 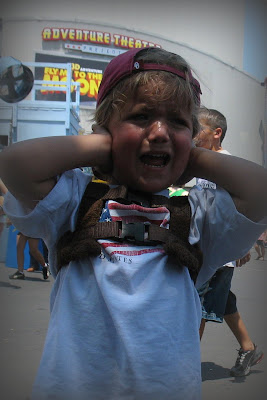 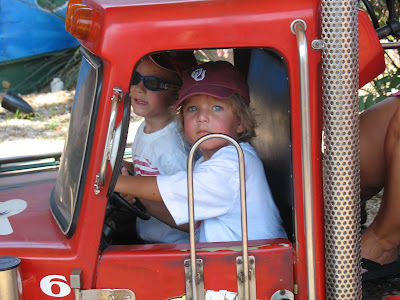 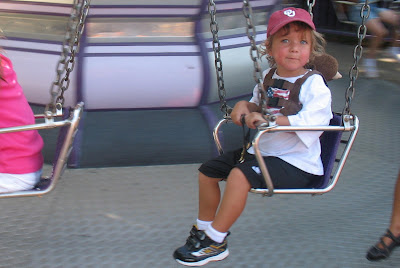 (What, you can't tell he's squealing with excitement?) 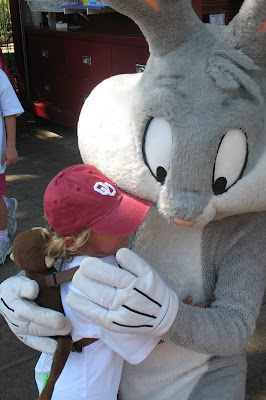 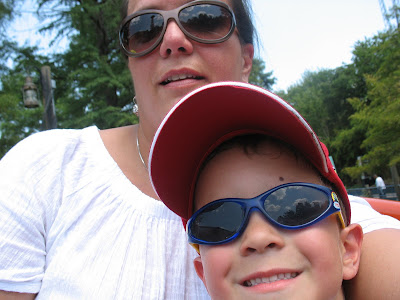 Mickey, on the other hand, was grinning the whole time.


Texas Rangers vs. New York Yankees: HOT again. But our seats were in the shade so all we had to contend with was the heat and not sunburn, too. We left Alex with my sister (who I love) and Mickey ate up all the kid-tivities there. We lasted through the sixth inning and missed the exciting finish in the bottom of the ninth with two outs. Grand salami by the Rangers to win the game. Nonetheless...
I'll let the pics speak for themselves: 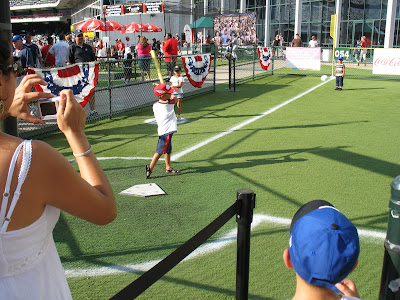 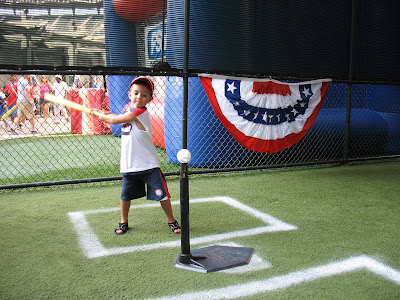 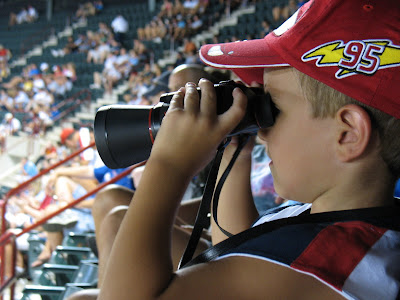 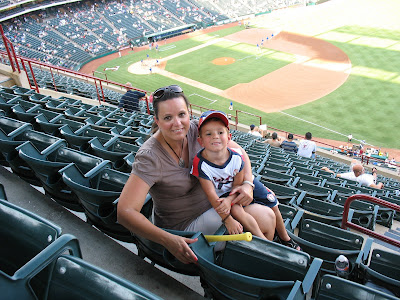 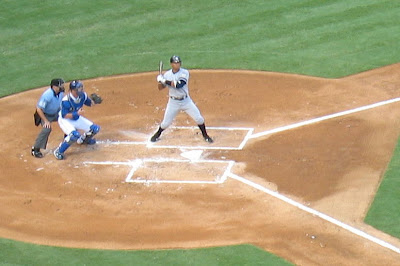 Good recap. I can't believe you drove home!That's so funny. I miss my little nephews already and you and Pete too!
jw

Loved seeing the Vacation Pics-we have always wanted to drive to OKC and take the train-those seats loook VERY comfy!

Your Children are just adorable!