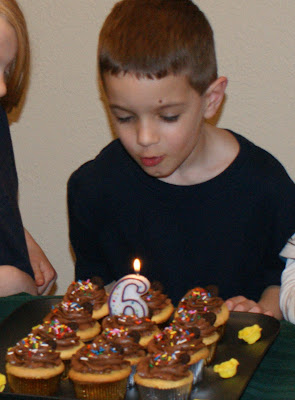 Welcome CARSON! I never did know if Mickey was Carson or Cooper or Dwayne and HAPPY BIRTHDAY TO CARSON. And it is a good thing you did not go to Madelene last night, there was NO room at all. RW

Happy Birthday to my little C-Note!

Ha! One of my sons says, "Starwhirrs," and Ican't bring myself to creect him either :)